Coronavirus Update City offices closed to the public. Entry by appointment only through January 31, 2022 Read On... 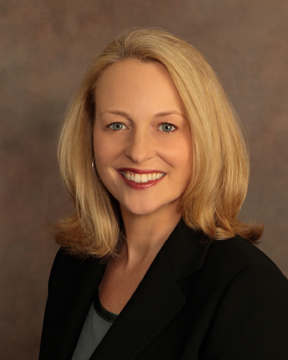 Karen Pinkos is the City Manager for the City of El Cerrito. As the City Manager, Karen serves as the City's chief executive officer, and is responsible for the management of all affairs and departments operating within the City.  Karen is committed to the mission, vision, and values of El Cerrito, and works with the City Council to turn policies into results for the residents, businesses, and visitors of our community.


A native of Michigan, Karen has over 25 years of experience in professional management, beginning her public sector career in the City of Oak Park, Michigan before coming to El Cerrito in 2001. Karen served as the Assistant City Manager for over 12 years, and was appointed City Manager in December 2018. She is passionate about local government and is dedicated to promoting professional, efficient, ethical management in California, across the country, and around the world.

Karen served as the 2019 President of the International City/County Management Association (ICMA), having previously served as a Vice President of the ICMA Executive Board for the West Coast Region, and is the Past President of the Cal-ICMA Board, the state affiliate of ICMA. She is currently a member of the California City Management Foundation Board of Trustees and a Fellow of the ICMA/Kettering Foundation/National Civic League Leadership Institute on Race, Equity, and Inclusion. Karen has also previously served as an Executive Officer of the League of California Cities City Manager's Department as the At-Large Representative for Northern California cities under 100,000 population. She is an ICMA Credentialed Manager, an IPMA-HR Certified Professional, a life member of the Municipal Management Association of Northern California (MMANC), and is a past recipient of the Wes McClure Outstanding Assistant Award, MMANC's highest honor.

Karen is on Twitter, Instagram, and Snapchat as @kepinkos, and is on LinkedIn. Her email is kpinkos@ci.el-cerrito.ca.us.