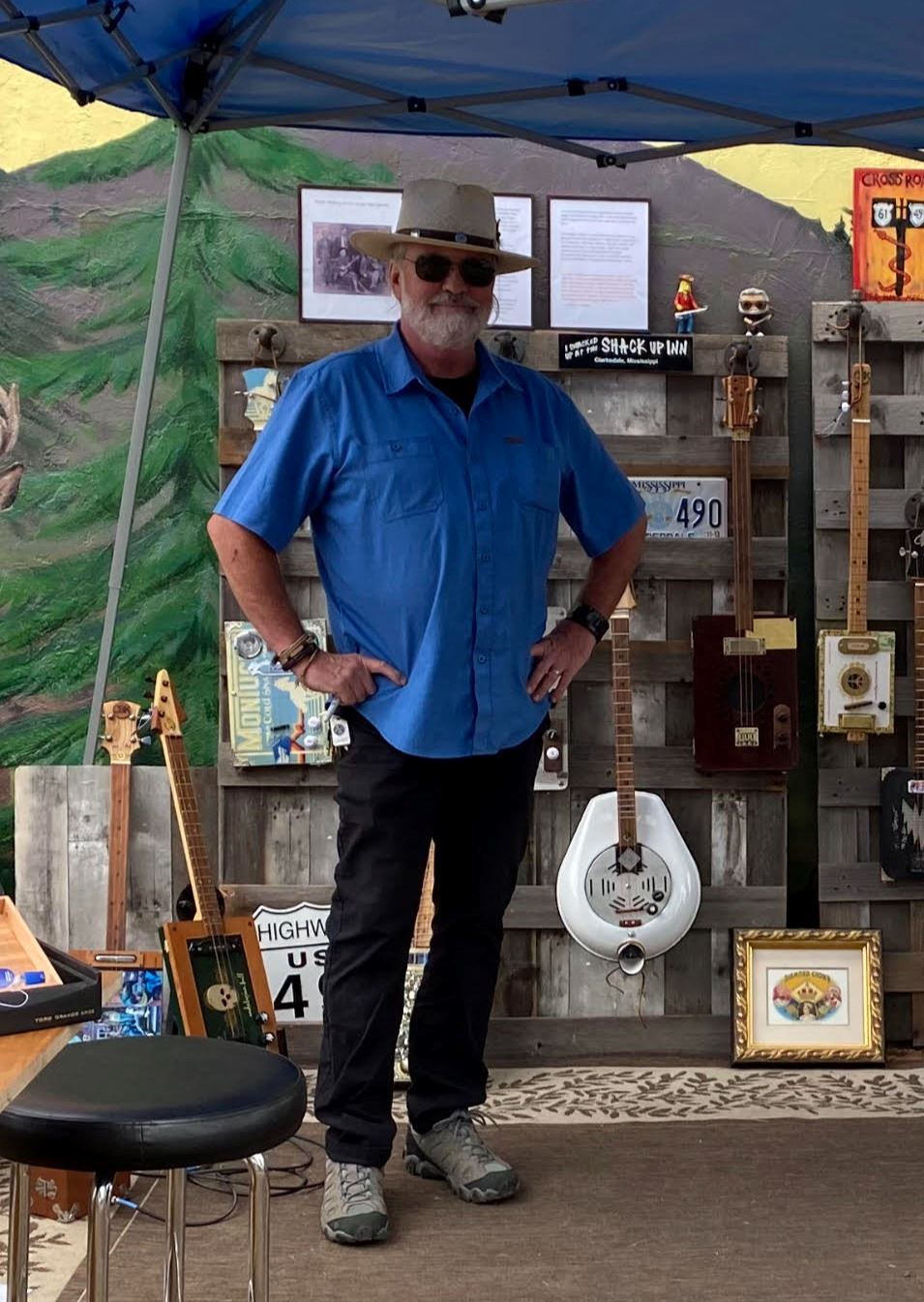 The City of El Cerrito Arts and Culture Commission has selected artist Steve Zwetsch of Cigar Box Kitchen to fill the El Cerrito Creative ReUse (ECCRU) Artist Residency, beginning April 1, 2022. During the August 22, 2022, ACC meeting, the commission members approved to extend Steve's residency for another year. During his ECCRU residency, Zwetsch will create artwork using materials found at RERC, conduct workshops or other educational programs, provide an exhibition of artwork created during the residency.

Steve Zwetsch originally came from just outside of Boston, MA.  He headed west to college in Denver, CO, and then spent 5 years in Sun Valley, ID, studying snow patterns, depth, and formations, a.k.a. a ski bum!

Steve’s migration to the west coast became official when he moved to Oakland, CA in 1986. He ran a company in the food manufacturing space for 33 years.

Steve started building guitars from his home studio in 2016.  His focus has been on incorporating as many recycled, upcycled and found objects as possible. He started with and still uses cigar boxes, wine cases, assorted tins, cans and anything else he can find.  The other focus is making instruments that you can actually play, not just to hang on the wall.  Creating art, on which you can then create music with, remains his inspiration!

You can heck out Steve's work on his Instagram @CigarBoxKitchen, website https://www.cigarboxkitchen.com/, and Channel 7 segment, Art of Imperfection.